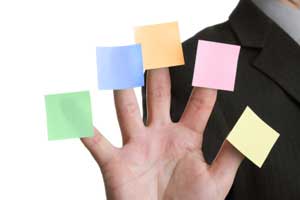 Whether your B2B sales list purchased or homegrown, your business can take certain 5 simple steps to improve sales effectiveness. The key to such success isn’t just about how companies effectively work the phone but, rather, how they work the B2B sales list.

Here are five things you can do with your new-business list to ensure campaign success.

Companies can increase their response rate 50% or more simply by segmenting and targeting lists. That is because prospects want information about what’s relevant to their probusiness and are curious about what peers are doing. Grouping contacts into smaller, segmented lists makes them easier to target and provides more meaningful tracking.

Marketers can group contacts any way that makes sense for the business. The most common ways of segmenting are by industry, title, revenue range, staff size, or location. Marketers should develop messages that are meaningful to each specific segment, instead of sending one generic message to the entire list.

When assessing the results of the campaign, segmented lists provide valuable information that would be hard to discern from one large list.

2. Verify the B2B sales list before the campaign starts

Working with an outdated B2B sales lists are costly for a couple reasons: misplaced resources and lost opportunities.

Inside-sales reps who spend time finding correct phone numbers or contacts are a drain on resources—especially because it often can take a rep more than four calls to finally reach what turns out to be an invalid contact. In addition, opportunities are lost when sales reps drop wrong contacts from the list.

In general, the longer that companies wait to cleanse data, the more their campaigns will cost. It’s not unusual for a procured list to have more than 40% invalid data. Cleansing the list before calling can result in a 25% savings in the cost of sales follow-up.

Also, handing off a list that isn’t cleansed to sales reps will become a waste of time, because reps aren’t likely to delve too deeply into a list once they find that the data isn’t updated.

3. Identify and test the right campaign cadence and messages

Put in place a campaign cadence that can be measured and tweaked. For example, if list contacts tend to convert to appointments by the second call, there’s no reason to make eight calls. The budget can be used in a more effective way. On the other hand, some lists may require more than eight calls to achieve the highest response rate.

Test and tweak messages, too. We’ve found that reference selling is the most effective strategy as long as messages are relevant to your list segments. For example, if the list targets a specific industry, include references from that industry. If you’ve segmented the list according to revenue range, reference companies within that range.

Put in place a system for measuring campaign success and capturing important information that will help improve campaigns. (By finding the right system, we were able to more than double our calling productivity.) The best system is one that records call history, and then captures and categorizes information that makes list data richer.

Having information quickly available (with limited clicks) and organized so sales reps can call a group with the same message and call cadence all at once, will make productivity skyrocket.

Results that marketers should capture include activity volume, connect rates (what percentage of calls reached a live person), and conversion rates. Also, look for a system that allows sales reps to gather value-added information about why someone is not interested. Using each call to find out about competitors, purchasing schedules, or company environments will help target contacts more specifically in the future.

Evaluate campaign success by reviewing how each segment of the list performed. Looking at the list in segments is more meaningful than showing results for an entire campaign, because analyzing segments can provide boardroom-ready data about which markets are most responsive, which messages are most targeted, and what changes in marketing are needed to succeed.

For example, we grew the sales pipeline of one company five-fold in just one year, and helped reduce its sales-cycle time nearly two-thirds, by quickly testing new messages. We also put in place a lead-nurturing program for prospects who were not ready to change vendors, which resulted in additional sales for the company.

By measuring your success, you can walk into the boardroom and identify unique areas of opportunity that otherwise wouldn’t have been realized. For example, we found that the industry that was a software client’s key focus was actually the third most responsive to campaigns.

Without measurement, such valuable information would never bubble to the surface.

Jenny Vance is president of LeadJen, a B2B lead generation company that uses data and insight to drive prospect interactions that convert to sales. She can be reached at info@leadjen.com.