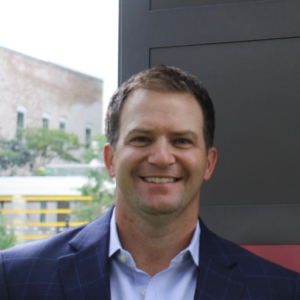 Geoff Winthrop is a graduate of Miami University in Oxford Ohio. He graduated with a BS in Health and Sports Studies. Geoff obviously wanted to put his degree to “great use” so he decided to start a career in sales with CDW, a leading provider of technology products and services for business, government and education. Through his rigorous prospecting methods and aggressive cold calling, he organically generated an account base of over 300 corporate accounts for CDW. While at CDW, Geoff experienced a great deal of success as he generated over $6M in sales for the organization in less than three years.

Geoff is a founding member of LeadJen, joining the organization shortly after its inception in January of 2004. Early in his tenure he sold for many of LeadJen’s initial clients, which spanned a wide array of industries. In two short years, Geoff single handily grew bswift, a leading provider of employee benefit automation software, annual sales revenue by 82%.

Currently Geoff serves as LeadJen’s President and Partner. He brings a strong background in new business development, sales strategy and sales management to LeadJen and its clients. Today, he is involved in building and managing many of LeadJen’s client accounts.

Geoff lives with his wife Rachael, 3 daughters (Paige, Reagan and Cameron) and his two Boston terriers (Tank and Bandit) in Long Grove, Illinois.